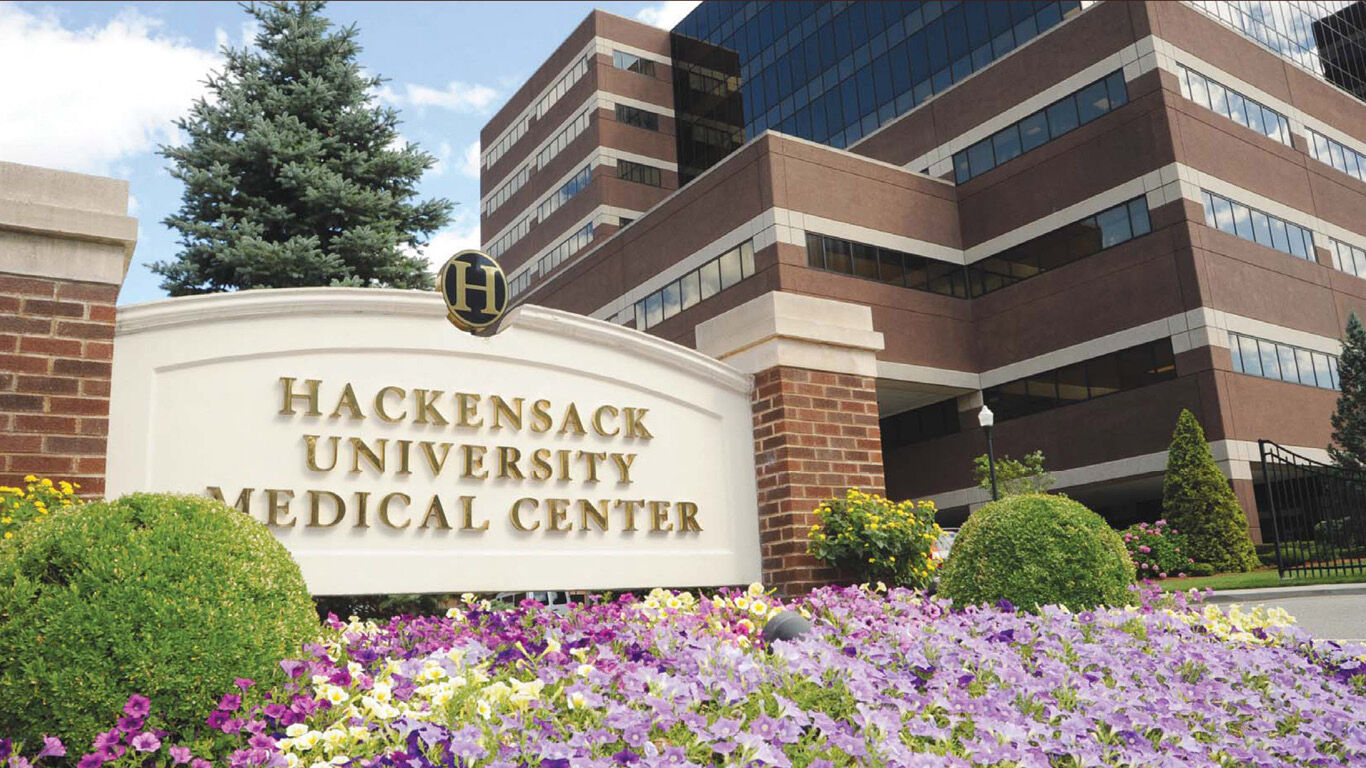 Hackensack University Medical Center (HUMC) has come a long way since it first opened its doors as Bergen County, New Jersey’s first hospital. Back then, it had 12 patient beds – a far cry from the 781-bed teaching and research hospital it is today. In becoming the nation’s fourth-largest hospital according to inpatient admissions, HUMC has had to undergo more than a few renovations over the years, and AERCO has been there along the way.

A contributing factor to choosing the AERCO heaters in all three instances was space. Despite the fact that the heaters had to provide hot water to two buildings, as well as for sterilization purposes, they had to be installed in mechanical room that was only 1,000 square feet. The medical center’s facility management decided to eliminate storage tanks because of the space they require, as well as for other reasons.

After extensive evaluation, a decision was made to purchase the AERCO units, according to George Walker, plumbing coordinator for plant operations. During the evaluation process, the hospital worked with Chris Phelan of Thermco, which has been providing quality heating, ventilating, plumbing, and process heat recovery systems for nearly 40 years. Phelan recommended the AERCO models because they are semi-instantaneous steam-to-water heaters that don’t require storage tanks, and feature a vertical heater design so they require about 1/10 the space of a storage heater designed for comparable service.

The A-Plus and B-Plus hot water units support the main building of the medical center. They provide hot water for all the showers and sinks used by patients and the 7,200 HUMC employees. Designed to support intermittent flow rates of 115 GPM and 250 GPM, respectively, the units can easily handle the building’s domestic hot water demands without storage tanks.

The B+II WaterWizard unit supports the facility’s sterilization requirements. It provides 130°F hot water to three small cart washers, three large cart washers, a tunnel washer, and a three cube. If all of these machines are operating at the same time, 672 gallons an hour are required. With a maximum intermittent flow rate of 250 GPM, the B+II WaterWizard heater is more than able to meet the sterilization system’s demand.

The ability to handle the changes in demand is critical to performance. With so many different machines operating at various times, the water heaters must be able to precisely maintain set water temperature, even when the loads vary. All of the units feature AERCO’s integral load-monitoring system and high turn-down steam-control valve to maintain +/-4° F accuracy, even under the fluctuating loads that are constant at HUMC.

The AERCO heaters don’t just deliver accurate temperature control under fluctuating loads without tanks. The self-descaling properties of AERCO’s exclusive helical heat exchanger design also lowers operating costs, lessens maintenance and increases heater life. These factors haven’t been lost on Walker. “I love these units because I never have to worry about them. They’re very low maintenance,” he said.

Performance was improved even further in February 2006, when a state-of-the-art electronic control package was installed on all three heaters, according to Walker. “AERCO’s new controls package creates even tighter temperature control and faster response time. Despite load changes, the unit’s output temperatures don’t vary at all. Since we have installed the electronic control valve package, everyone is happier with the temperature of the hot water throughout the medical center.”

This new package delivers ±2°F control under constant load and ±4°F under normal load changes. It combines the speed and performance of an electronic actuator with the precision and convenience of a digital controller. It’s also fully compatible with Building Automation Software (BAS) or Energy Management Software (EMS) systems via Modbus Open Protocol, and the design incorporates an integrated safety system.

“The computer readout display is the most valuable function on the electronic control valve package for the medical center,” said Jim Clark, assistant plumbing coordinator for plant operations. “It allows workers to dial in the temperature and control a constant temperature. They can also dial in the temperature from another building and not have to worry about manually adjusting it.”

The electronic control valve package may be the most recent enhancement but it won’t be the last, according to Walker. He plans on integrating more AERCO equipment in the near future because of the overall success he has had with AERCO.