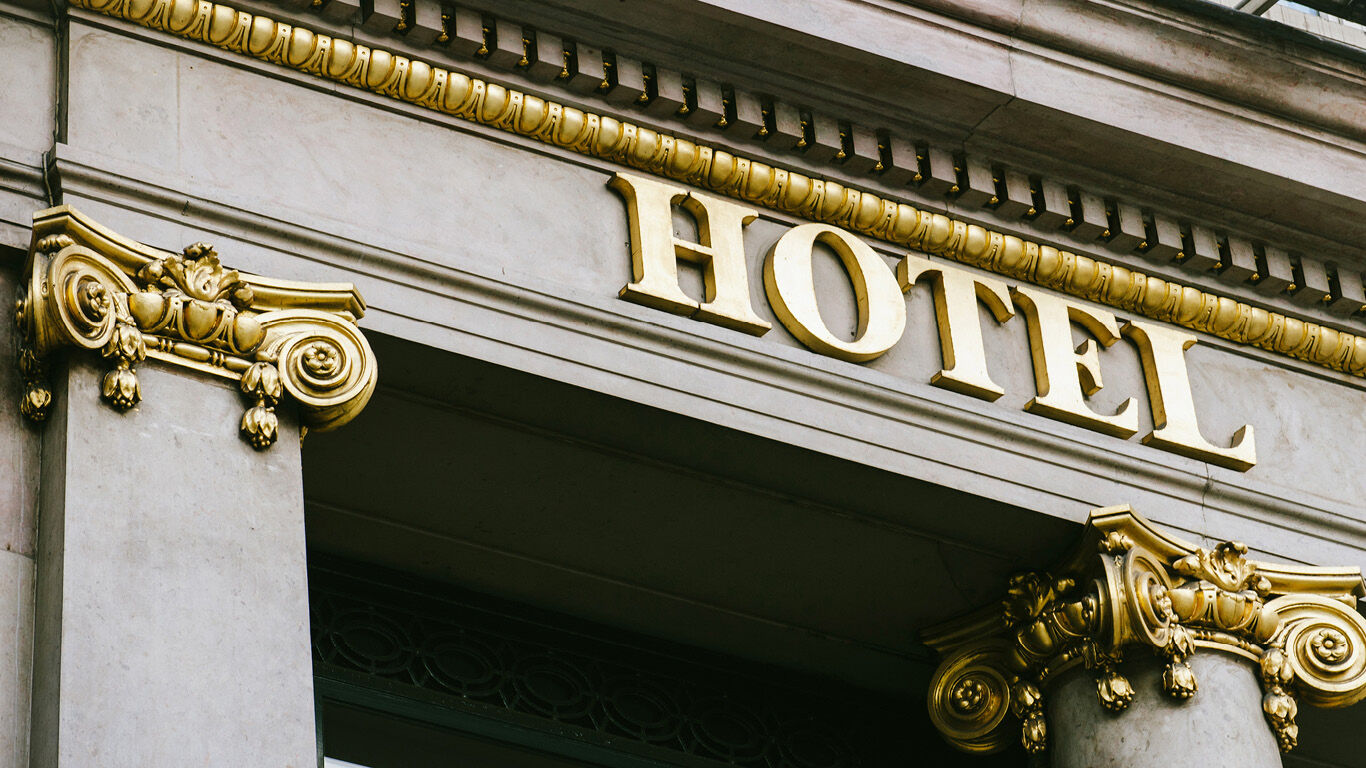 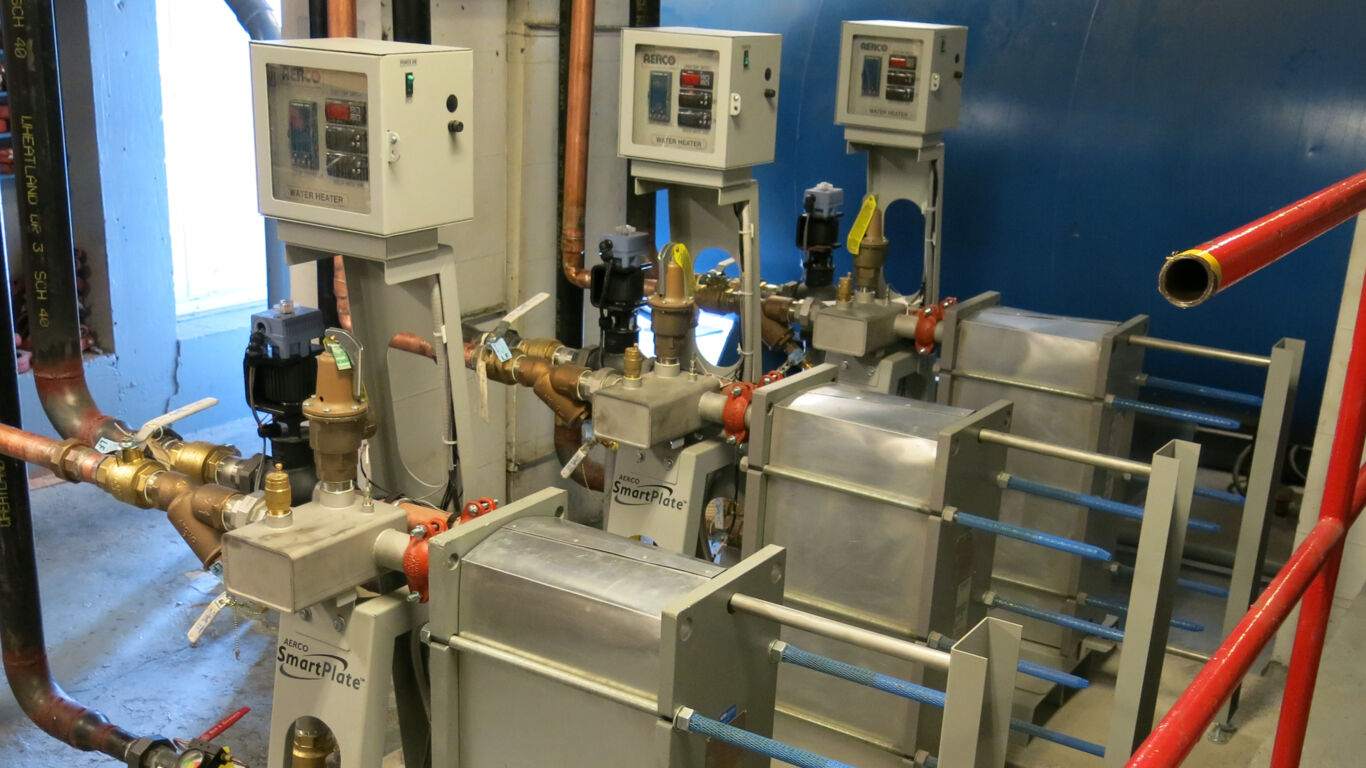 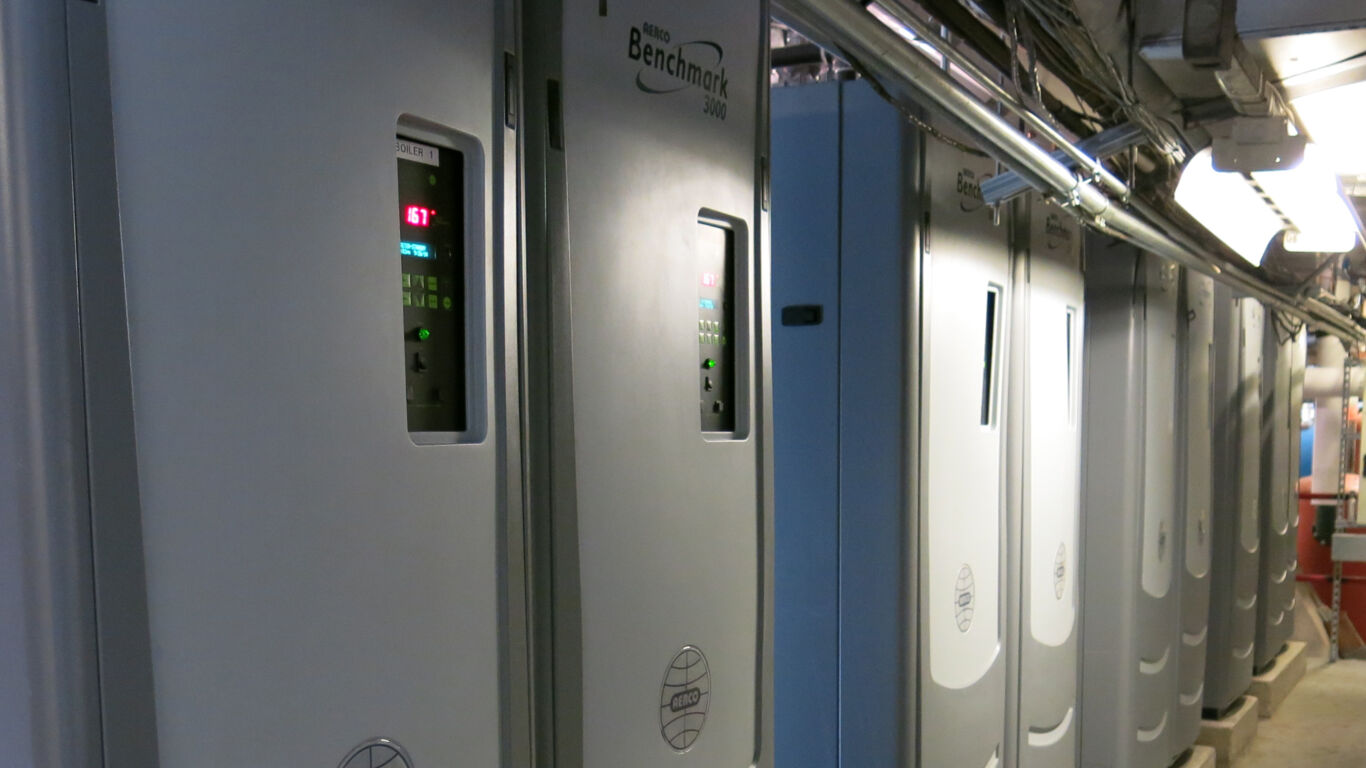 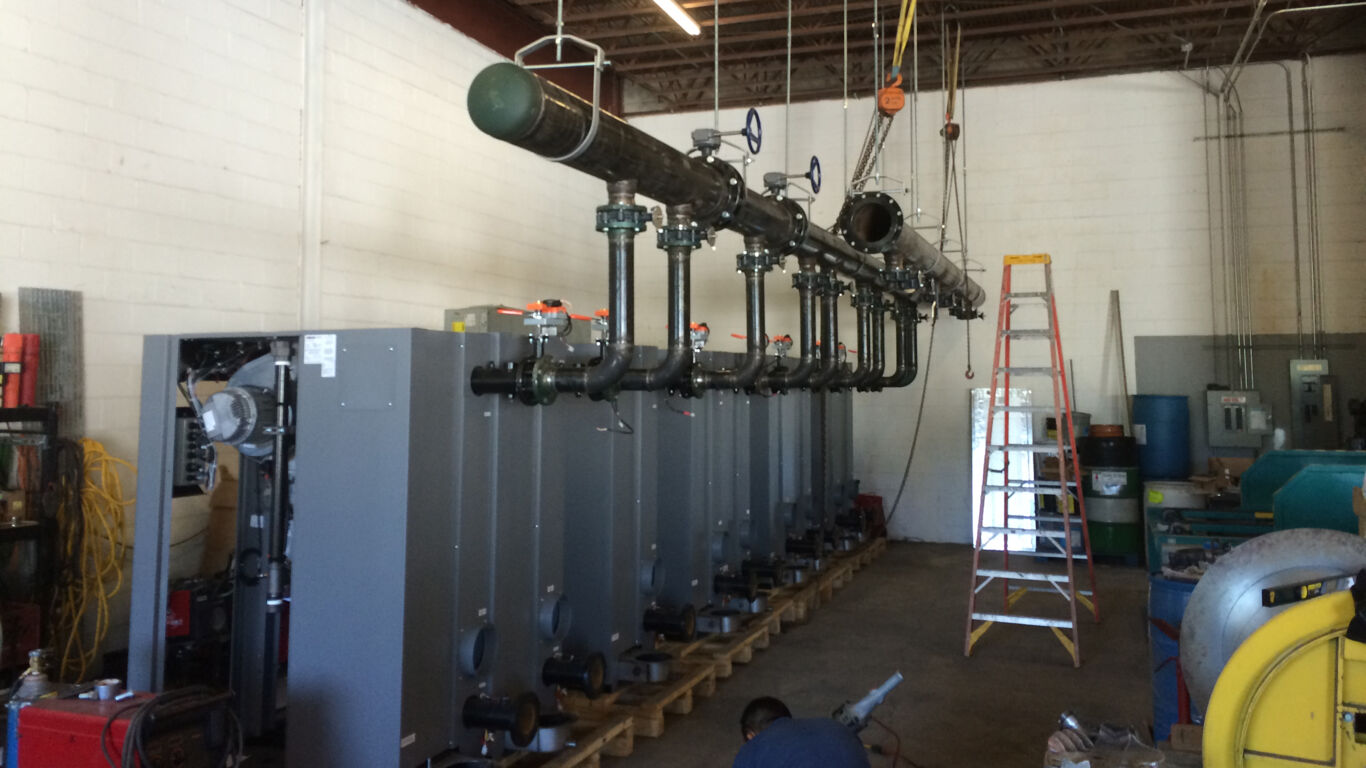 Economics is always a hot topic in Washington, D.C., whether talking to a Congressman or hotel manager. So when luxury hotel needed to upgrade its aging heat and hot water system in less than three months, it took finances, reliability and its constituents (838 upscale guest rooms and suites, a fitness center, pool and sauna) into consideration.

Their existing system, consisting of two 16,000 MBTU fire-tube boilers and two large indirect water heaters that ran off the boilers, was installed during the Carter administration. Because they were nearly 40 years old, the boilers had to operate continuously to prevent leakage. Although the system was designed with 100% redundancy, it had no isolation valves so the unit firing would have to produce extra heat just to temper with the cold water flowing through an off boiler. As a result, it was only operating at 50-60% efficiency. To make matters worse, guests complained they had no hot water during critical periods of peak capacity – a situation that definitely lowers approval ratings.

Once AERCO showed the hotel administration their robust combination system design of Benchmarks and SmartPlates, projected energy savings and ROI calculations, the hotel cast their vote.

The Benchmark 3000’s 15:1 turndown maximizes operating efficiency and seasonal fuel savings. From 200,000 BTU/hr. to its full fire input capacity of 3 million BTU/hr., the Benchmark 3000 precisely matches fluctuating loads to minimize boiler cycling and eliminate wasteful temperature overshoot. Operating efficiency actually increases as the load decreases, so the BMK3000 saves the most energy during part load operations that characterize the majority of the heating season.

Further improving efficiency is the onAER Remote Monitoring Service, which uses state-of-the-art computer tracking to monitor, record, and analyze the nine AERCO boilers and water heaters. Problems are pinpointed in real-time for quick resolution and the data acquired helps the hotel analyze their cost savings.

Within the first year of operation, the hotel saw an average of 26% reduction in fuel bills (more than $73,000). Annual maintenance costs also decreased significantly by 65%. With annual savings of more than $100,000, greater reliability, and Return on Investment expected in less than three years.