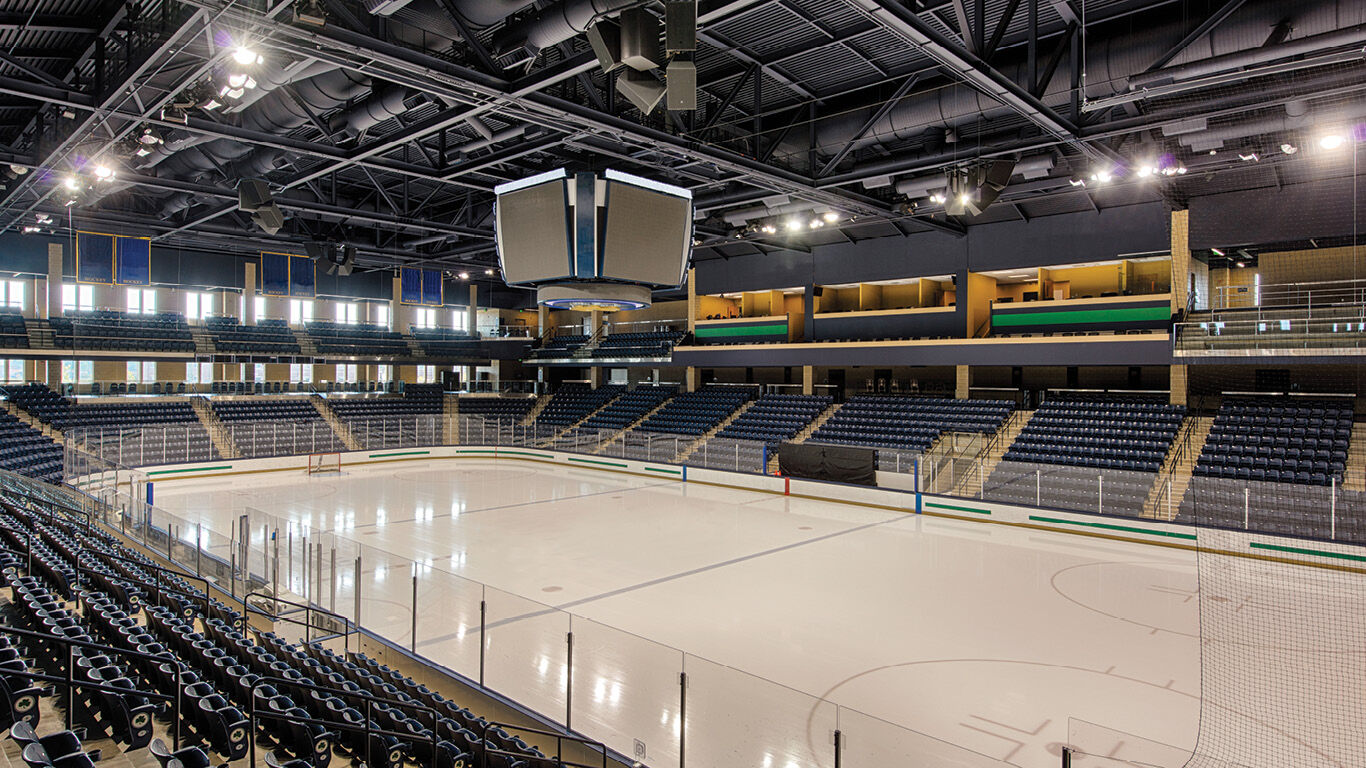 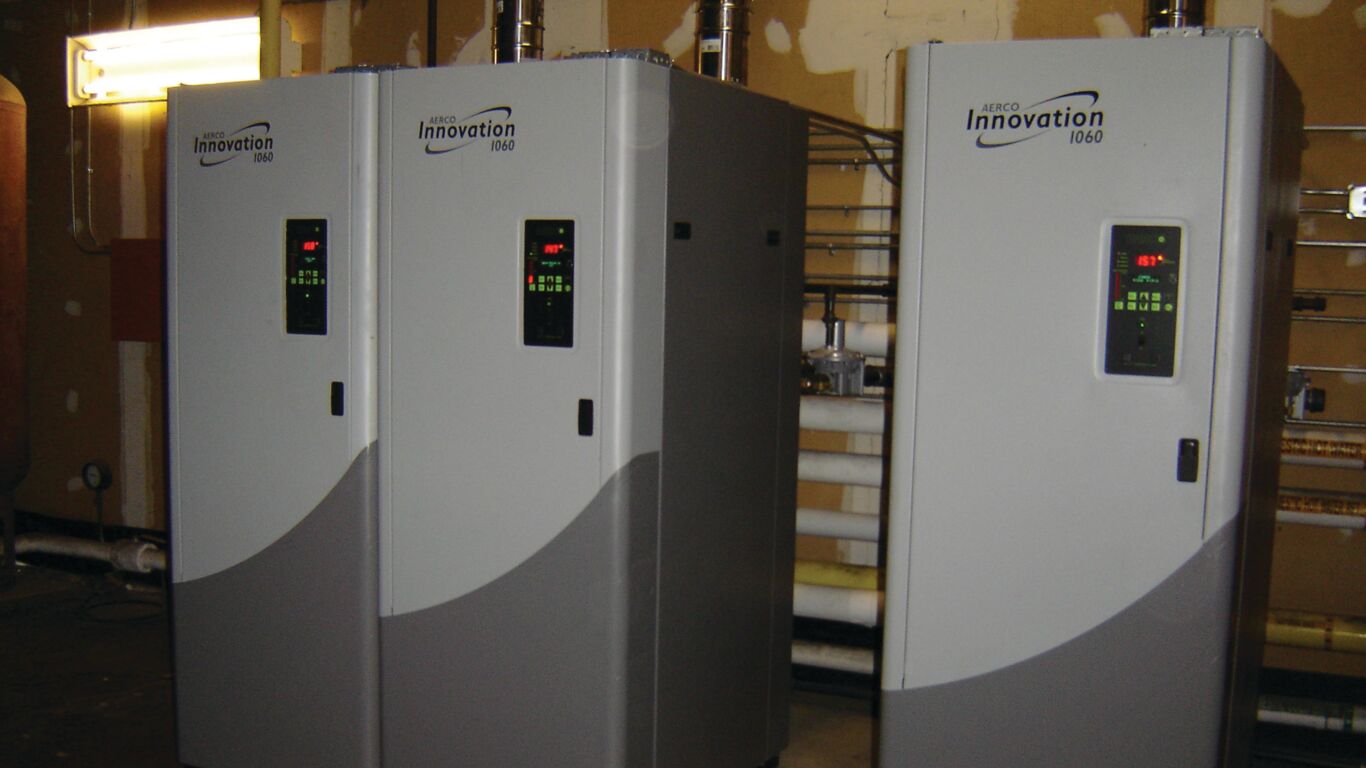 This professional hockey arena had a serious hot water problem. The facility’s system—two copper fin heaters rated for 2045 MBH, 81% efficiency, and feeding a 1,500-gallon storage tank—was simply not up to the job. The heaters fell completely short during peak times in the arena…namely, 20 minutes before a game, when concession stands were preparing food; and 20 minutes after the game, when stands were cleaning up and players were showering. Players and employees complained, constantly… whether in the locker room or the kitchen, cold water doesn’t cut it. Worse still, the systems were frequently breaking down and nearing the end of their life.

The arena asked R.P. Fedder Corp. to evaluate its replacement options. Its new owner was investing $7 million in the facility, with a portion of that budget allocated to upgrade the hot water heaters. The client had a simple goal: Never run out of hot water again. R.P. Fedder recommended six AERCO Innovation 1060s. The Innovation 1060s delivered the perfect combination of performance and economy—96% efficiency, tankless design, a small footprint, zero-side clearance installation and flexible venting:

The project was on budget and installed easily. And with more than enough hot water for everyone, every time, there hasn’t been a single complaint since.