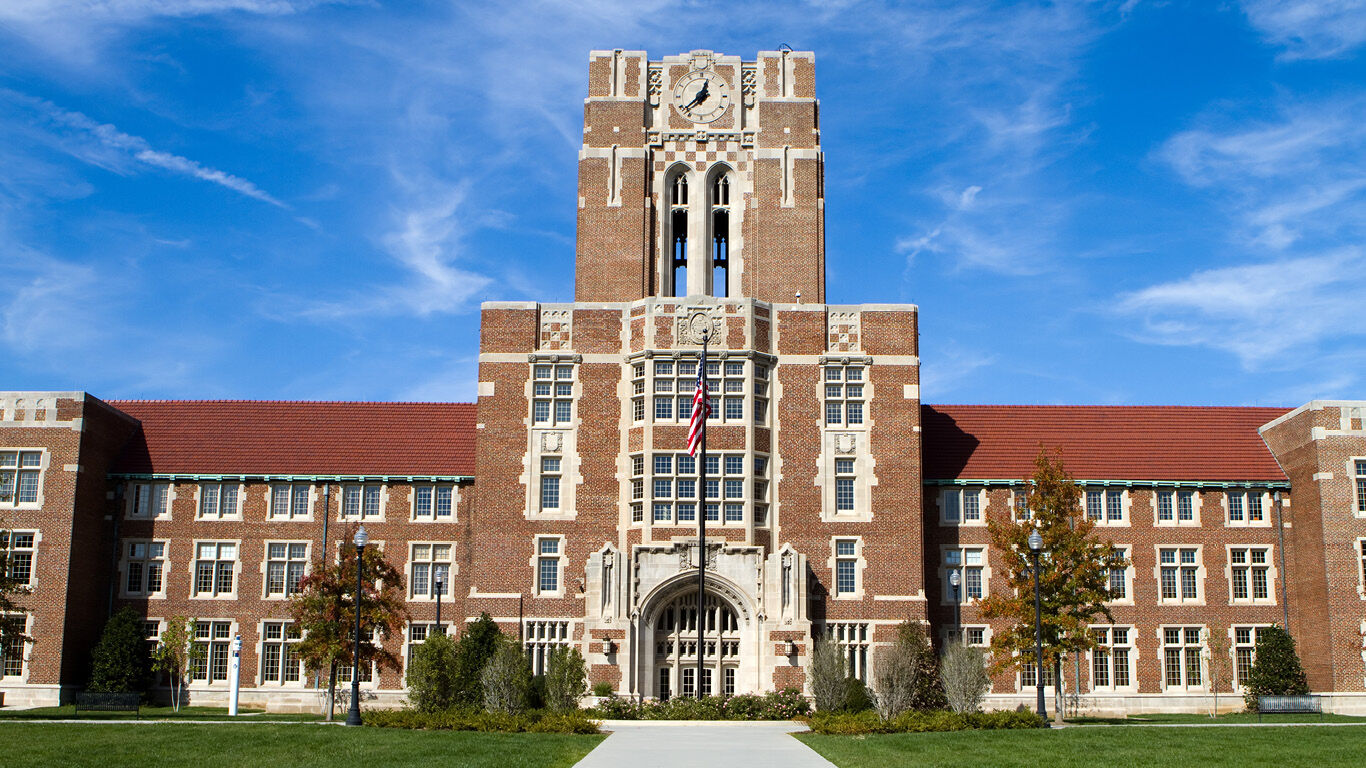 Hamilton College, much like its namesake Alexander Hamilton – the first U.S. Treasury Secretary – has a keen eye on finances. So, when school administrators of the liberal arts school in upstate New York planned to upgrade the heating and hot water systems in its ice rink and several student residences, they sought a local company to provide reliable, high efficiency USA-produced products that would deliver lower operating costs and a high return on investment (ROI). They chose AERCO Benchmark boilers and SmartPlate water heaters.

AERCO and Hamilton College have a history. Four years ago, Eells House, one of the college’s student residences, lost heat during the cold holiday season because the existing boiler’s aluminum heat exchanger failed. Needing to solve this problem quickly, the Associate Director of the Physical Plant visited a nearby school in Utica that was very happy with its AERCO heating solution. The Associate Director decided AERCO’s Benchmark 1000 would be a good fit for the college due to its reliability, compact footprint, energy savings and low operating costs. It proved to be a wise choice for Hamilton College. The maintenance staff no longer had to worry about the extra cost and time associated with maintaining pH levels related to the old system. Because the Benchmark 1000 is a high efficiency, condensing boiler and has 20:1 turndown, the college has been saving more than $8,000 per year in operating costs.

Due to periodic upgrades and retrofits throughout the years, the college had installed several different boilers and water heaters from multiple manufacturers, but the success at Eells House and the return on investment led Hamilton officials to conclude that AERCO was their best choice when subsequent buildings needed to be upgraded. By making AERCO its primary supplier, the college saves time, simplifies training for the maintenance staff and streamlines its formerly large parts inventory. And since all AERCO units feature a compact footprint, no structural modifications needed to be made to existing mechanical rooms, decreasing installation costs.

“Because of the varied applications needed, we chose an AERCO combination system because it would provide us with reliability, flexibility and high efficiency while lowering our operating and maintenance costs,” said William Huggins, Hamilton’s Associate Director of Physical Plant for Building Services.

In both the Sage Ice Rink and Morris House residence, the college installed Benchmark boilers and SmartPlate water heaters as part of combination system. The Benchmark/SmartPlate solution is used in both facilities for domestic hot water. Because the campus is in upstate New York with its snowy winters, the Benchmarks also provide hot water for isolating glycol loops that serve as snow melt at the entrances of both buildings. In the Sage Rink, the Benchmark delivers hot water to the Zamboni machine for ice resurfacing and to melt ice collected from resurfacing. In the 52-bed Morris House, the Benchmark also provides hot water for space heating, for the glycol in radiant floor heating, and air handling units.

A Benchmark boiler was also installed in Minor Residence Hall, which features student rooms, as well as laundry facilities and a kitchenette. The AERCO unit provides hot water for space heating and is integrated with an existing third-party indirect storage tank for domestic hot water generation. Similar solutions exist in other residence halls throughout the campus.

For commonality, all of the above units have the AERCO Control System (ACS) for easy integration with the college’s existing BAS system.

Due to the success with AERCO, Hamilton College officials hope to upgrade additional buildings with AERCO solutions. It is too early to determine the savings from the most recently installed systems, but they share similar efficiency and reliability performance as the AERCO solution established installed four years ago in Eells Residence Hall. Hamilton College is looking forward to seeing similar savings and ROI, and to experiencing the reliability that AERCO provides.