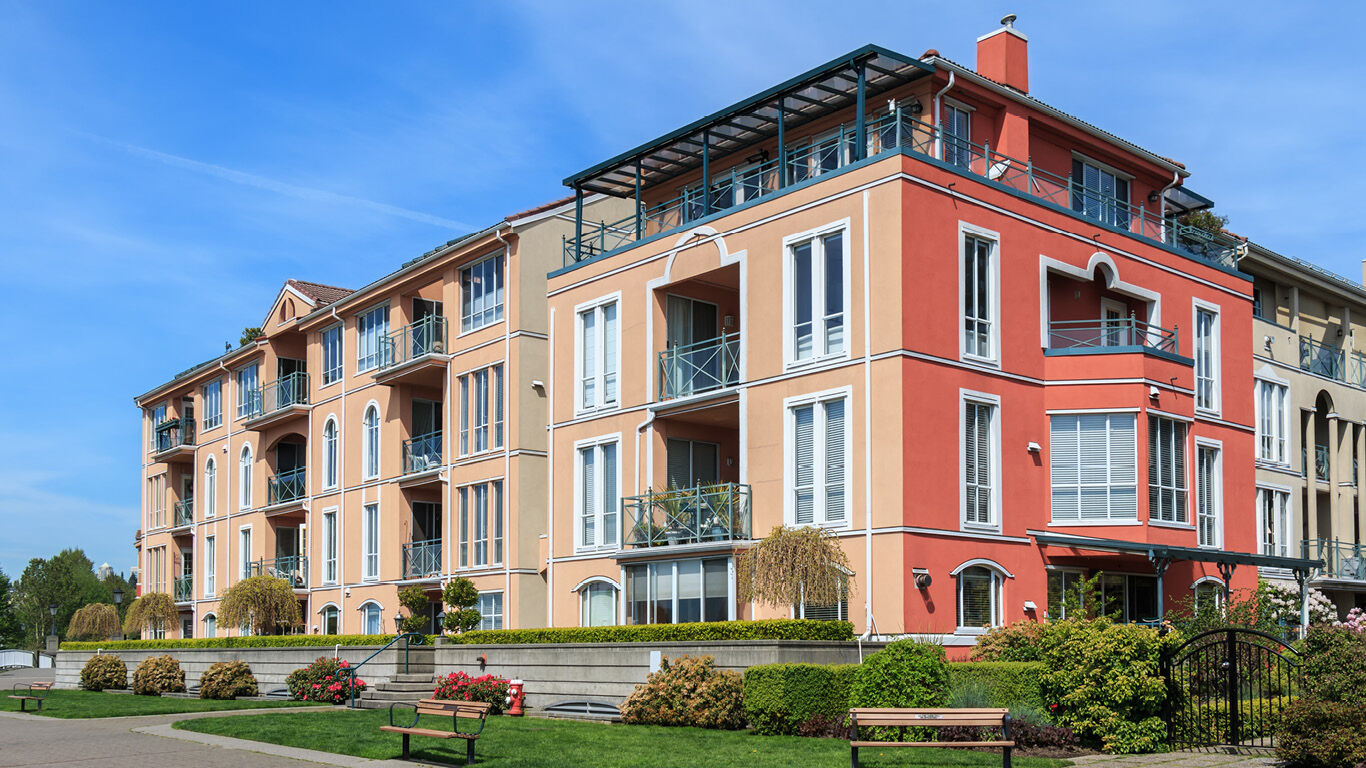 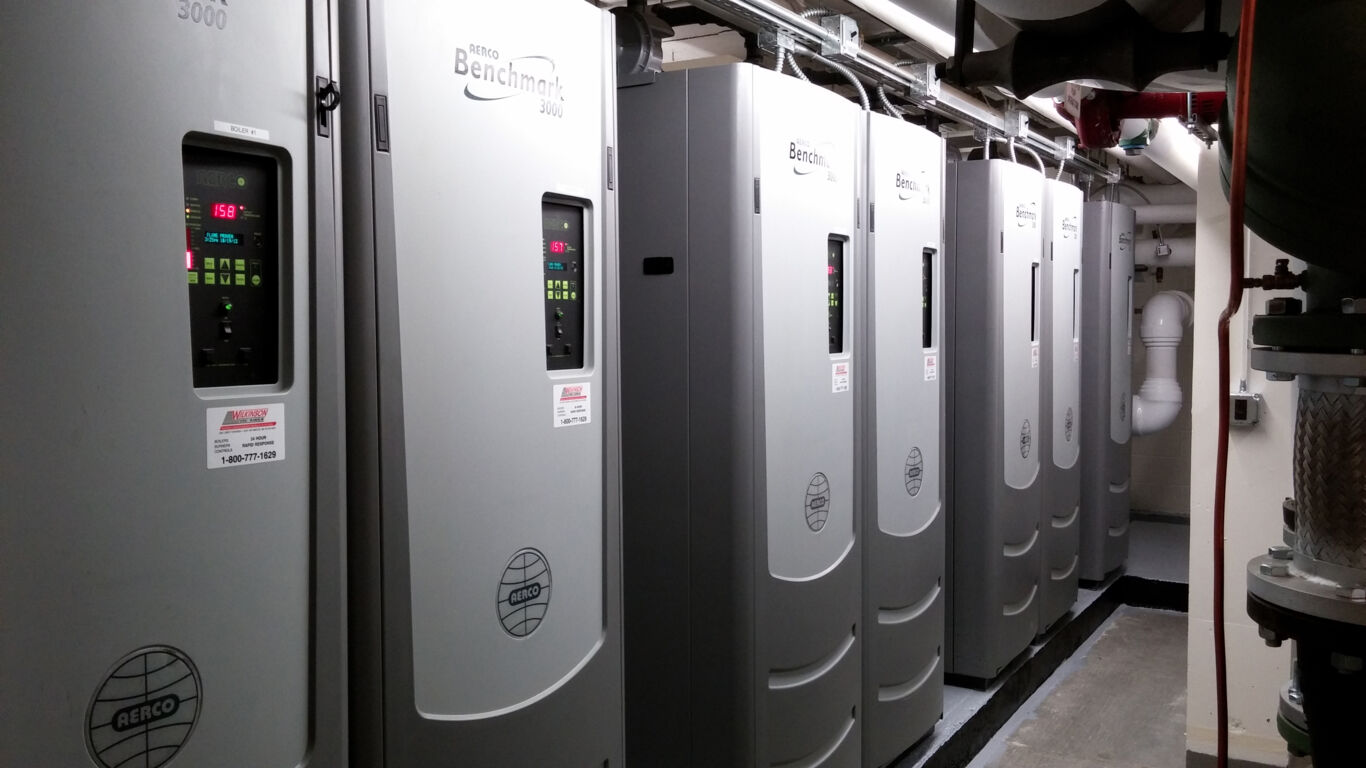 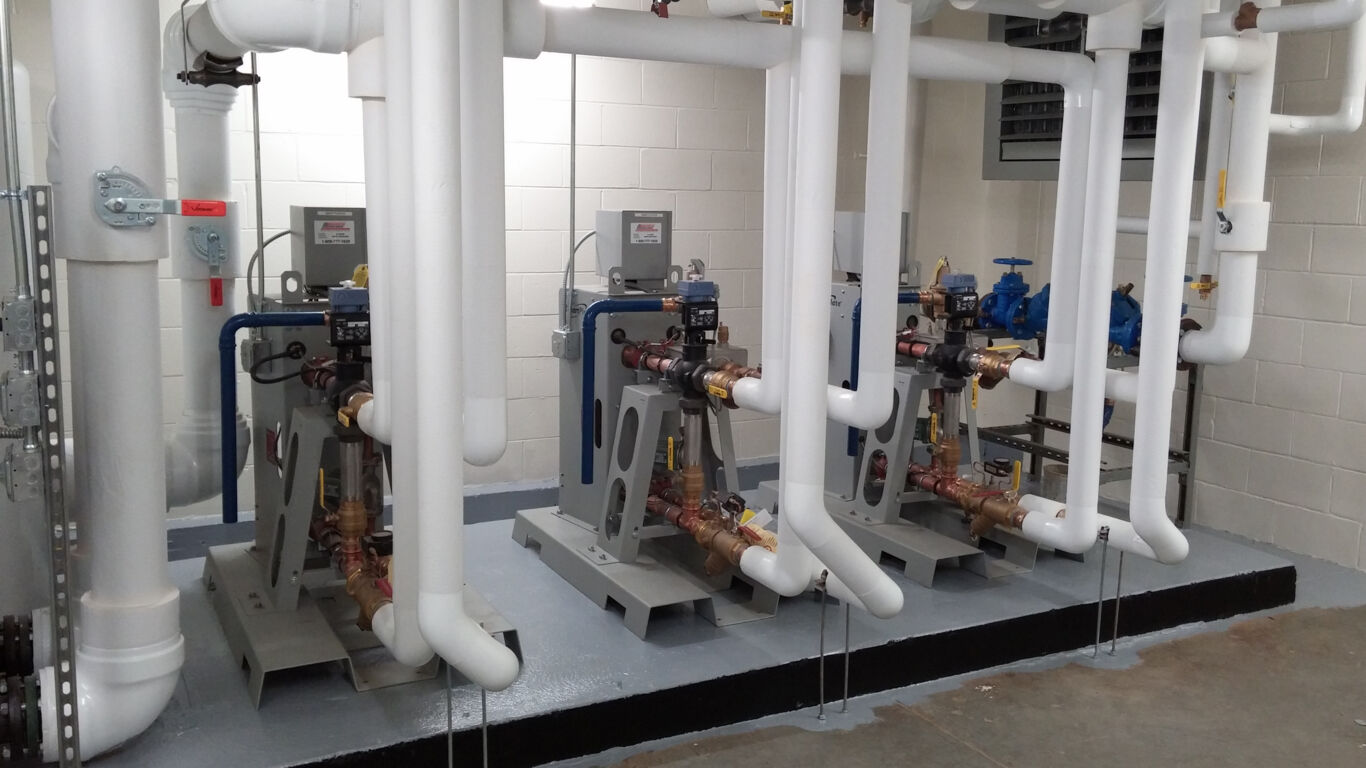 Church Park Residencies is one of Boston’s finest residential buildings. Nestled in the city’s Fine Arts and Cultural District, Church Park offers the comforts of luxurious living, complete with doorman services and an on-site concierge. A monthly rent for one of the 508 apartments ranges from $2,430 (studio) to $4,445 (two-bedroom unit).

When Church Park opened 30 years ago, the three fire-tubed boilers were top of the line. A lot has changed in three decades, including the size and efficiency of heating solutions. Maintenance and service costs were adding up and the system wasn’t designed around a high ΔT, which meant operating expenses were too high.

There were other environmental problems with the existing system beside costly energy bills. A 10,000-gallon oil tank was part of the configuration. In addition to the system having a large carbon footprint, it also took up a lot of actual square footage, a critical factor considering the price of real estate in Boston. One other concern was that the existing system was not tied into an emergency circuit. So whenever power was lost, the building had no heat or hot water for its affluent residents.

Original plans specified a competitive boiler but Bob Handschiegl, president of New England Combustion Products knew that the piping required for that unit would make the retrofit project impossible. He explained the advantages of AERCO and the change was made.

Maintaining hot water during the project was critical. Bob and his crew kept the shell and heat exchanger from one of the old boilers operational until the domestic water was running with the SmartPlate tankless water heaters. The old unit was then fully removed, replaced by the Benchmark boilers, creating a seamless transition in which the residents did not lose one day of heating or hot water. System efficiency improved dramatically because the Benchmark boilers have a fully modulating design that creates best-in-class turndown of 15:1. “The new system is saving a lot of fuel because it’s not cycling off and on. That’s where the AERCO units shine. There is no energy wasted by shutting the burner off, having it cool down and then bringing it back on,” said Bob.

Emergency power is integrated into the system, as well. So if power is ever lost, residents will still have heat and hot water.

The entire project went as well as John Davenport, facility manager for Church Park Residences, could have expected. “Everything went off without a hitch. The boilers operated seamlessly through a very cold winter and we realized lower energy costs within the first two quarters after installation.”

The new system, which took about three months to complete, is already providing benefits, both financially and in tenant relations.

Lower Operational Costs – Despite the 2013-14 winter being one of the coldest New England had seen in decades, the new system used considerably fewer therms. That’s due to the system operating approximately 30% more efficiently.

Rebates – By installing the AERCO solution, Church Park management received energy efficiency rebates totaling $106,000. Gas accounted for $84,000 of the rebate and electrical was $22,000.

Additional Space – An unexpected benefit was that the AERCO solution significantly reduced the size of the mechanical room. Eliminating the oil tank, and using smaller boilers and tankless water heaters allowed eight parking spots to be added for residents, which are invaluable in a city such as Boston.