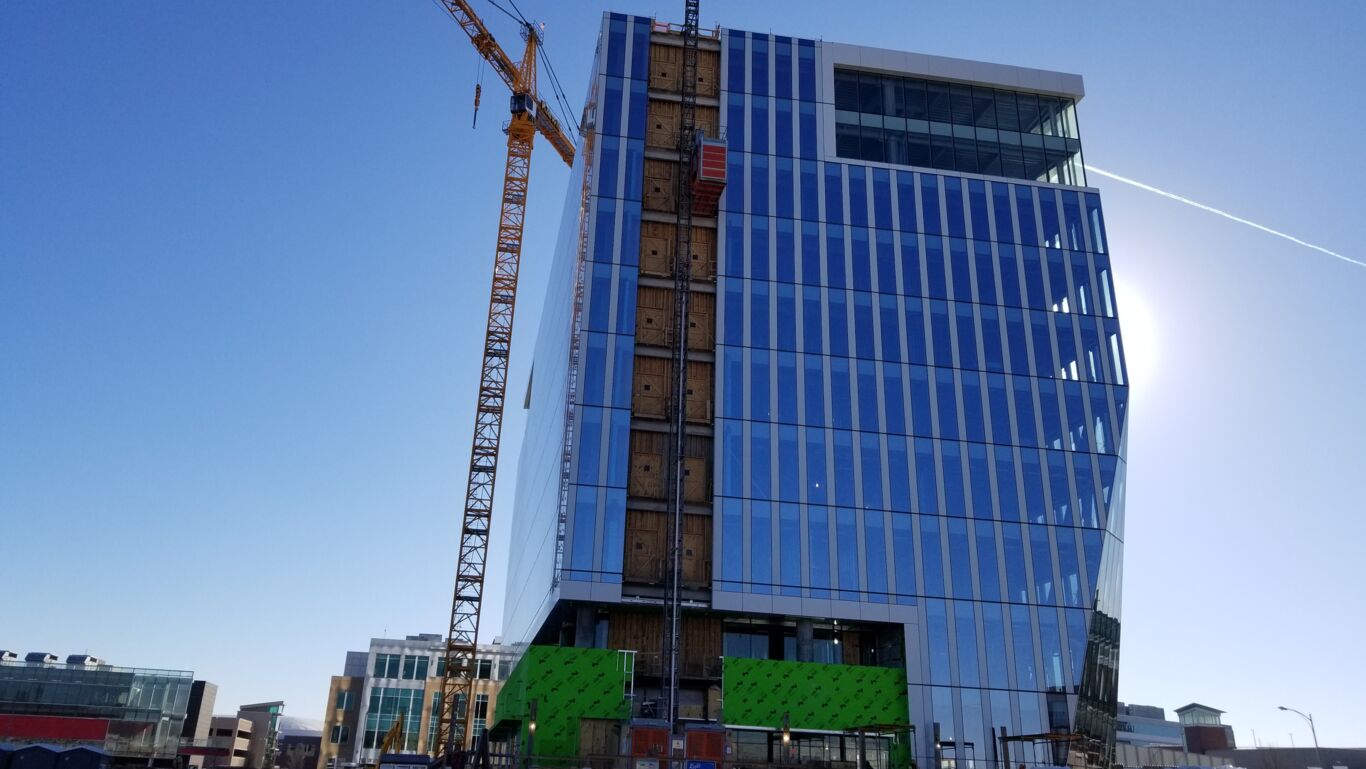 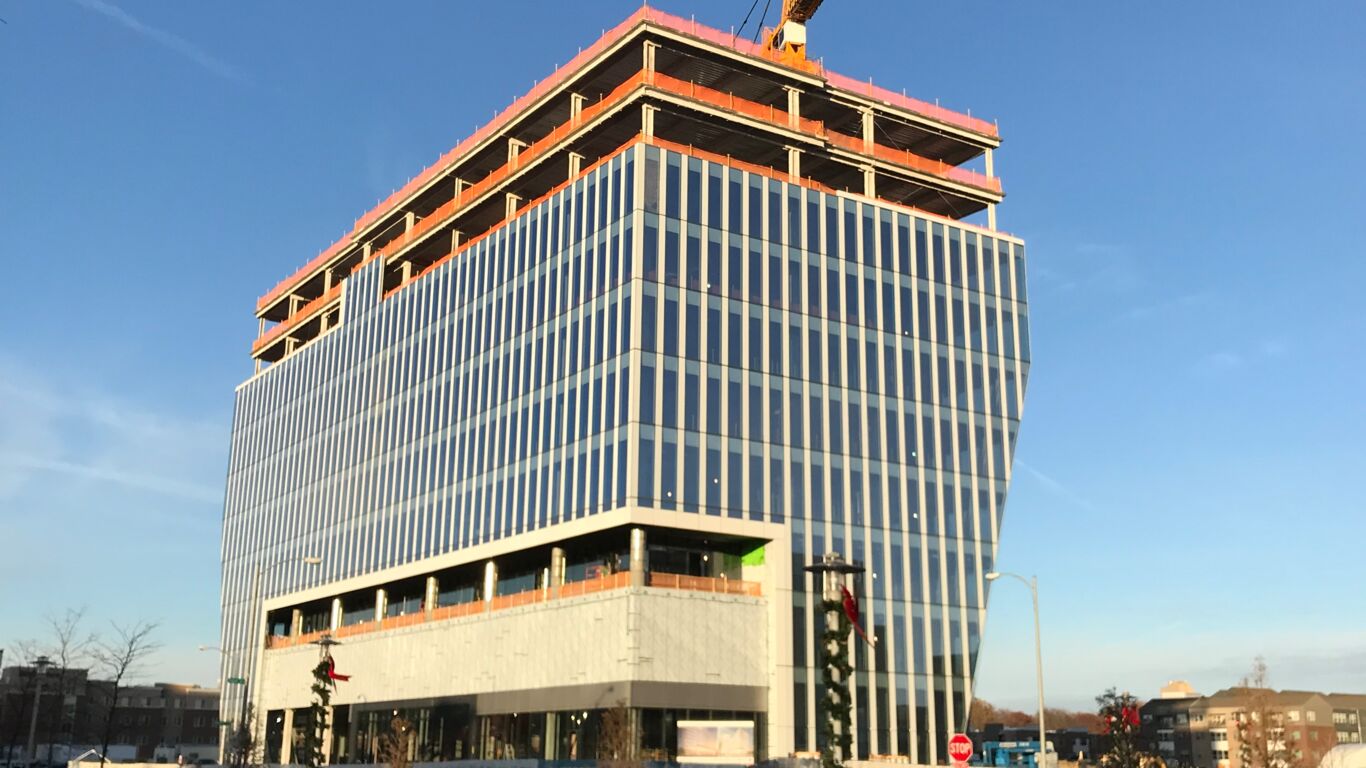 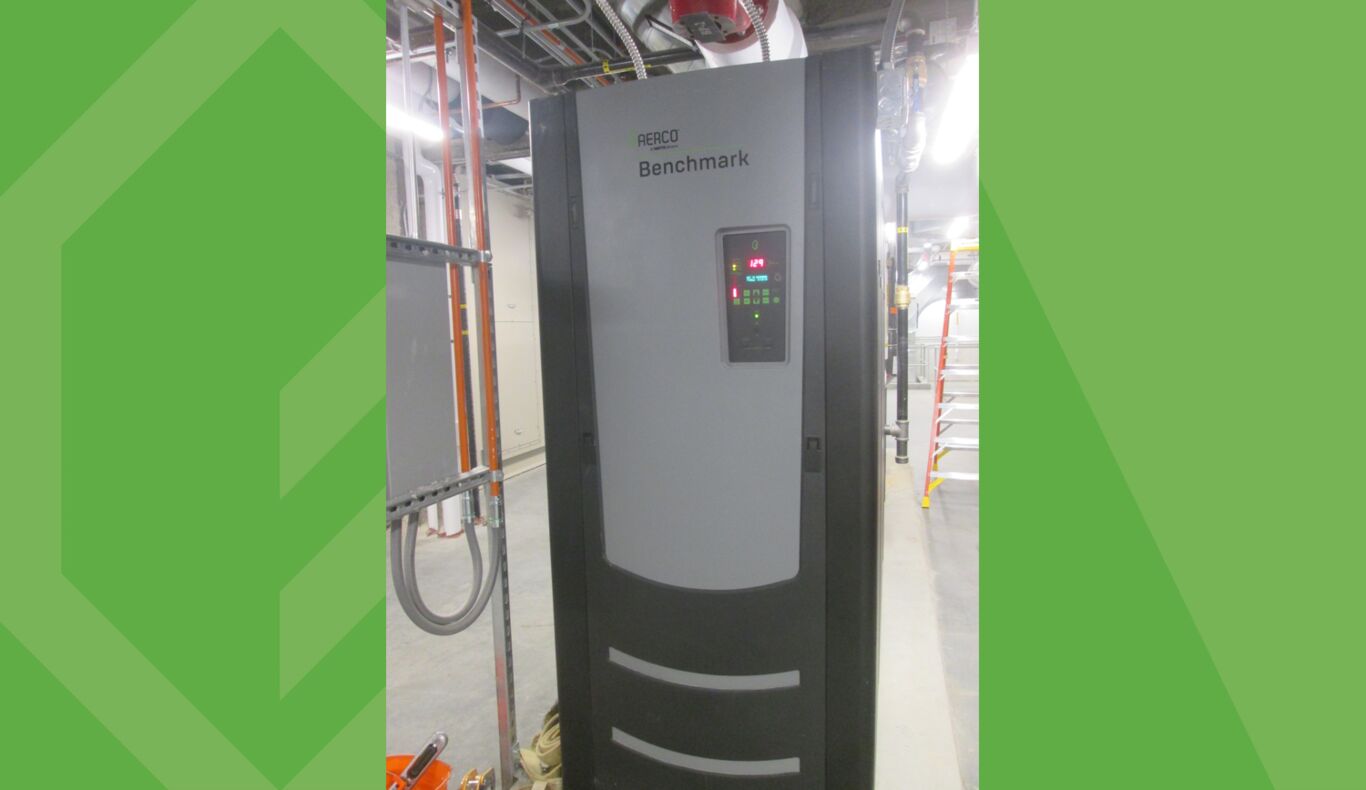 “What’s our impact on the world?” That’s the first question that HDR, Inc. ask when they take on a project. So, it is no surprise that energy consumption was a key consideration for the Midwest-based, global architecture, engineering and construction firm when it came to the design of its new corporate headquarters in the mixed-use development of Aksarben Village in Omaha, Nebraska. The company was clear: the 10-story building had to be extremely energy efficient and the mechanical HVAC system would play a critical role in the endeavor to achieve LEED Gold certification. The specific task at AERCO’s sales representative, ControlTemp Inc., and the specifying engineer, Joe T. Hazel, was to achieve energy consumption 50% below code.

With the ambitious energy efficiency goals in mind, it was clear to Hazel and the construction management firm that they needed to put in a high-quality condensing boiler. “With the chilled beams and finned tubes that we planned on putting in the building and working with water temperatures that never exceed 140° F, we considered AERCO’s Benchmark condensing boilers to be the best option in terms of serving the building needs in the most energy efficient, reliable manner” says Joe T. Hazel.

Two AERCO Benchmark 6000 boilers were specified to serve as the heating systems for the chilled beams, perimeter finned tube radiators, snowmelt system, and water source heat pumps in the building. The team also ran the numbers and, while the upfront costs of the two Benchmark boilers would be higher, a six-year payback (ROI) confirmed that this was the best solution from both a performance and financial perspective.

Measuring only 79.8" high x 35" wide x 89.3" deep, the Benchmark 6000 boasts an unmatched small footprint up to half the size of similar boilers on the market. Its compact design and small footprint came in handy when it was time to install the units in the mechanical room, which is located on the top floor. The two boilers could simply be delivered via a freight elevator and easily fit into the mechanical room which saved time during the installation process.

Aided by the installation of the Benchmark boilers, the building has achieved an Energy Use Index (EUI) that is 68% below the average in the area and 28% better than ASHRAE 90.1, the benchmark for commercial building energy codes in the U.S. The remarkable energy efficiency achievements of the HDR building have been recognized through a LEED Gold certification and multiple awards, including ones from the American Council of Engineering Consultants and the National award for energy efficiency.