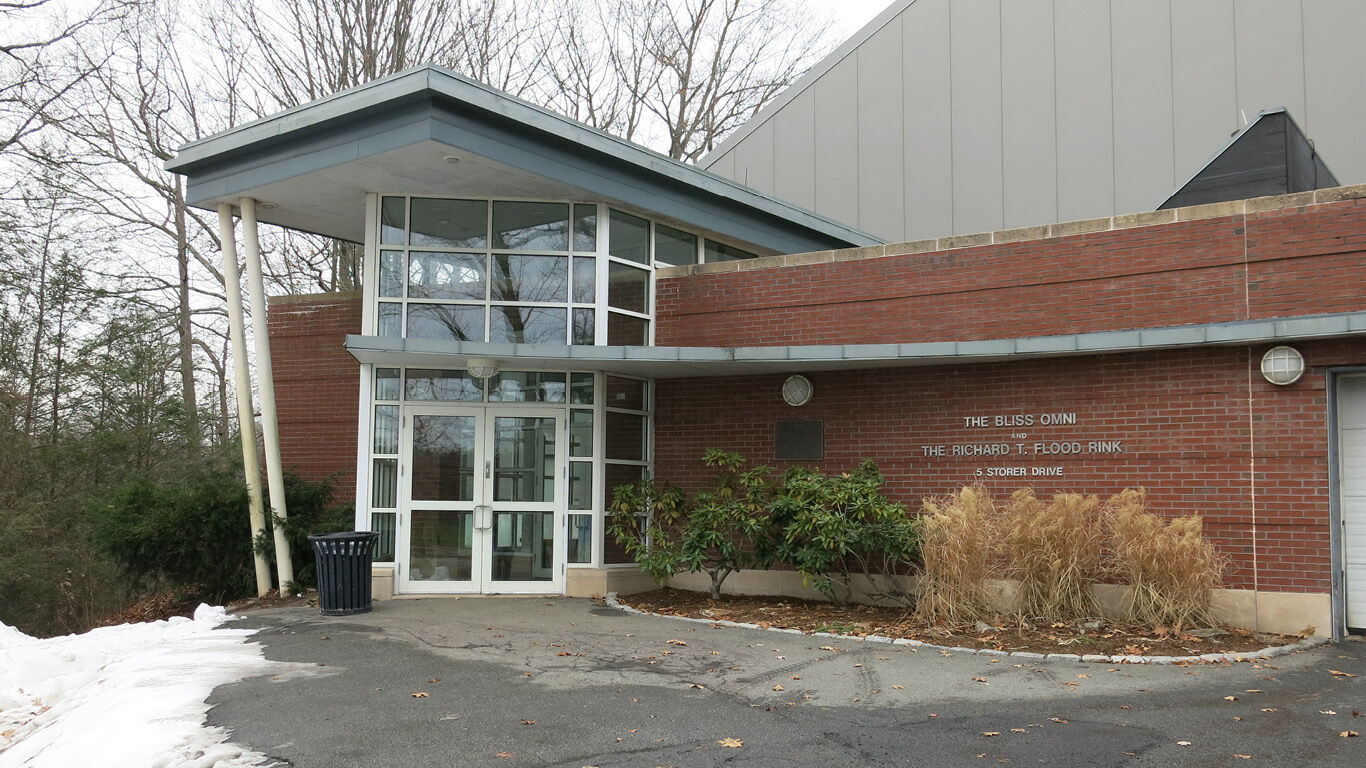 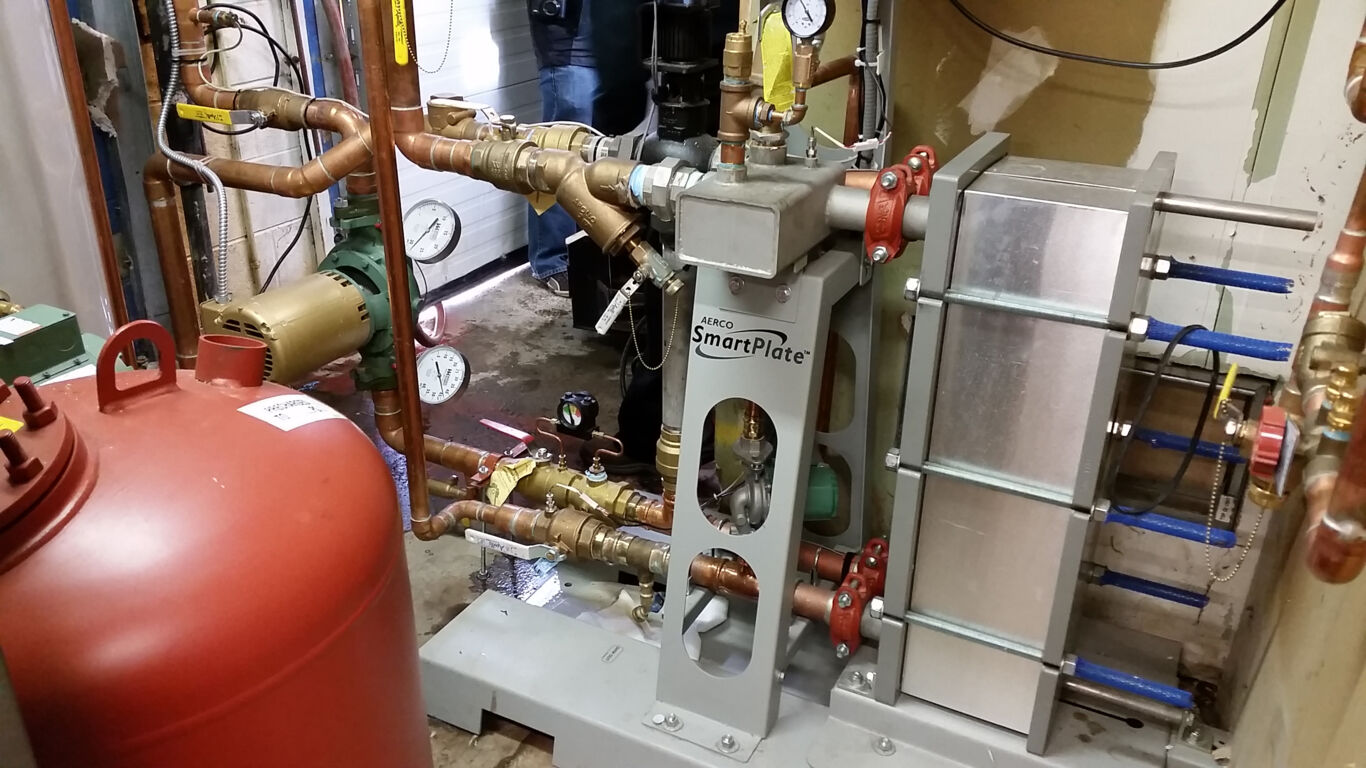 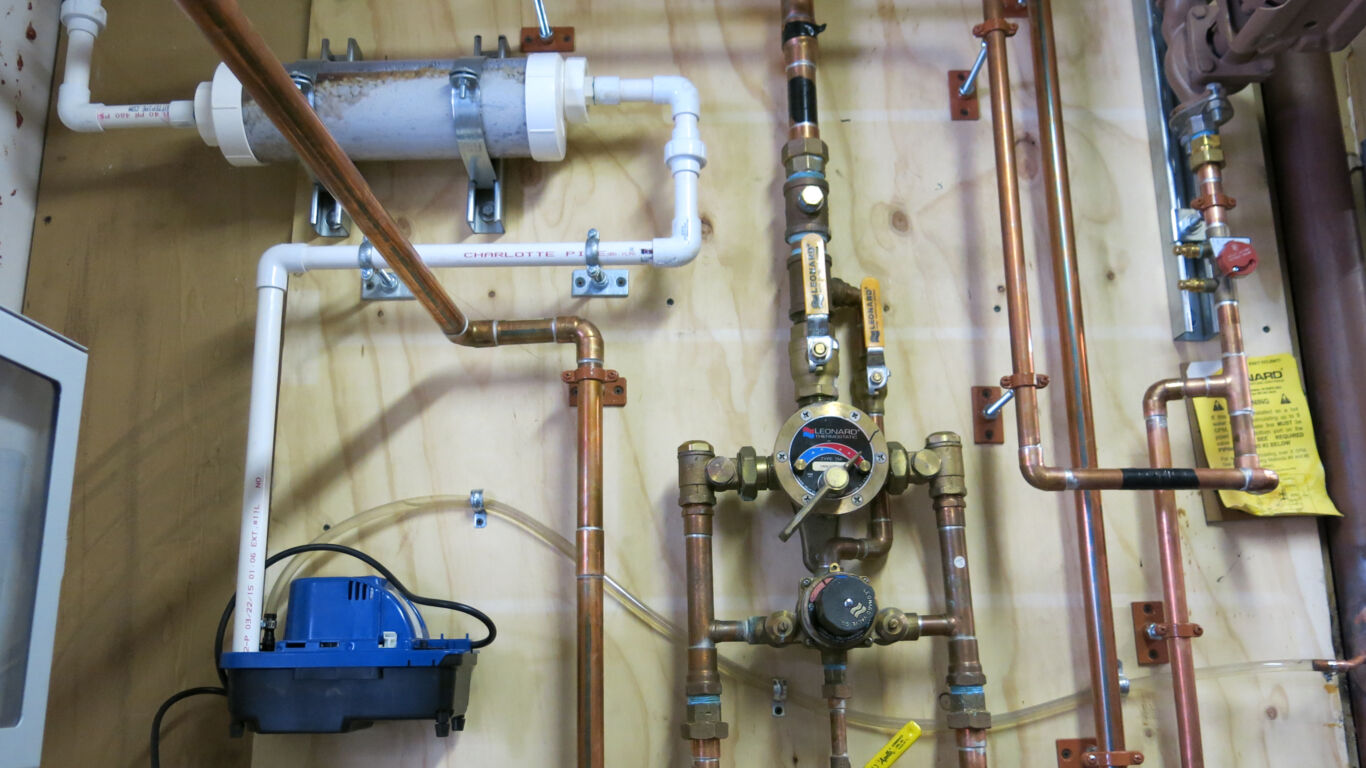 The private boarding school for 7th-12th graders that sits on a beautiful 187-acre campus just south of Boston, MA. Serving as a “home away from home” for many students, the school takes great pride in its campus and facilities, including the ice hockey rink used frequently by the school’s highly ranked hockey team for games, practices and tournaments, as well as by general students recreationally.

Their existing water heating system supplied hot water to two fully equipped locker rooms used by students, staff, visiting team members, and family, but was primarily used fill the Zamboni with hot water. The Zamboni fill is approximately 150 gallons in 9 1/2 minutes, and is used three times during each hockey game. In the weeks leading up to their latest hockey season, the original 500-gallon water heater began to fail sending rust and dirt into the facilities’ Zamboni causing the ice to become dirty and full of debris.

Making things more complicated, the original system was built in-place and walled in, which would make the installation of a new system very difficult. As a result, they would either have to build an unsightly shed to house a standard indoor water heater or find a system that would provide installation options, a compact footprint and withstand the rigorous Boston winters.

“We looked at several options that would provide hot water to our locker-rooms’ amenities, which include nine showers and four sinks, and the 150-gallon Zamboni water heater. After meeting with AERCO at a recent event at one of their Training Trailers, we knew they could provide Nobles with the peace of mind they were looking for,” said Paul Newcomb.

The wall to the old water heating system was partially demolished so the large 500 gallon tank could be removed. In its place, Emerson Swan installed a SmartPlate Double-Wall water heater, complete with boiler-side buffer tank. The Modulex EXT boiler was installed on the roof behind two walls and on a raised platform in anticipation of snow accumulation. To combat the cold weather, they installed a short run of heat trace around the condensate line, which runs back into a neutralizer inside the building. The rooftop installation opened up much more space to work in the mechanical room and the internal redundancy of the Modulex EXT provides backup capacity.

AERCO’s winning combination of the SmartPlate Double-Wall water heater and the Modulex EXT boiler proved to be the highly efficient, flexible system the school needed. The units occupy less space and eliminated the need for any costly, and potentially unsightly, external structures. The units are also constructed using high-quality materials to ensure longevity for greater system ROI due to lower operating and maintenance costs.

The compact, Double-Wall SmartPlate now fills the Zamboni’s tank with clean, untainted hot water in less than half the time of the old system. And because the buffer tank is on the boiler-side of the system and the SmartPlate keeps the domestic hot water-side separate, the school will never need to worry about dirty ice on the rink again. The combination of high efficiency, compact footprint and reliability is the hat trick the school administration was seeking for its hockey rink.