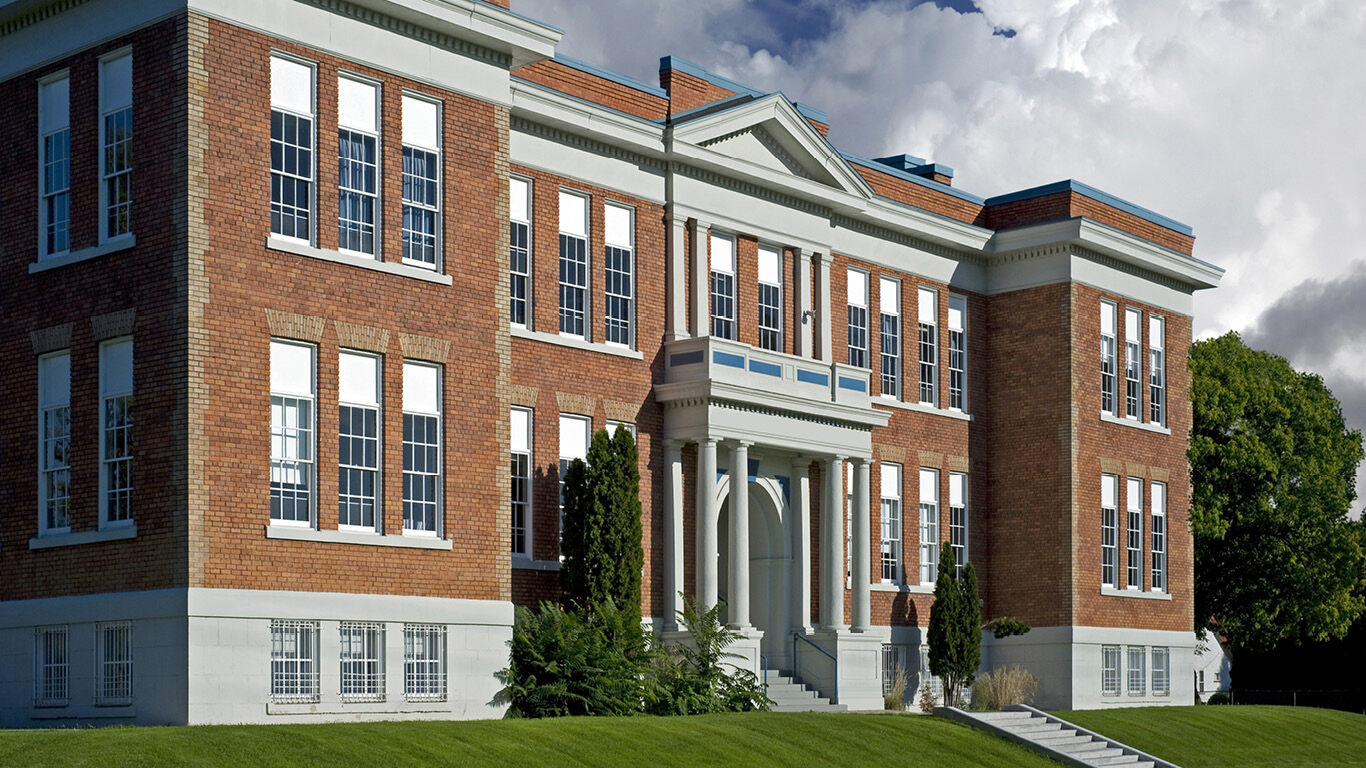 Since 2006, Saskatoon Public Schools have made AERCO their manufacturer of choice for high-efficiency boilers in retrofits and new construction. In every instance, the performance and cost savings that these fully-modulating and condensing boilers provided were above expectations. So when one of their schools, Henry Kelsey School, needed to update their heating system, they knew they wanted to upgrade with AERCO.

The school’s existing system had previously been powered by a firetube steam boiler that provided heat to entrance ways, classrooms and perimeter heating. Although the system was meeting the building’s fundamental need of heat, it was far from efficient. The boiler was non-condensing and non-modulating, and due to cycling and standby losses, the overall operating efficiency was between 50-60%.

Gordon Nagus of Cypress Sales evaluated the system to see how they could improve efficiency and simplify operation. He determined that two AERCO Benchmark® Platinum 1000 hot water boilers would provide the best replacement for the existing steam boiler. The coils of the make-up air handler were retrofitted from steam to hot water type. Changing from steam to hot water allowed the school to eliminate the steam-to-water heat exchangers and pumps that used to feed the perimeter radiators. Elimination of these components meant there were fewer components to maintain and less points of failure in the system.

Most traditional boilers only have single returns which limit engineers to designing generic applications that force the blending of hot and cold water temperatures, which create a smaller condensing zone of the heat exchanger and reduce efficiencies. However, the Benchmark Platinum’s Dual Returns allowed Nagus to take advantage of diverse load demands specific to the Henry Kelsey School so he could design a customized system that maximizes operational efficiencies.

Additionally, AERtrim will monitor the actual conditions of the Benchmark units and self-adjust their combustion processes to ensure the system is operating at optimal O2 levels and peak system efficiency. With proper O2 levels, the system will deliver greater uptime reliability, save money with increased efficiencies, produce lower emissions, and create the ideal environment for condensing to occur.

The first year of operation showed that the Benchmark Platinum 1000 boilers exceeded all expectations with 30% in fuel usage savings. When the savings on former maintenance of steam components was calculated, the new high-efficiency system installed is estimated to achieve an overall yearly operational savings of 40%!

In addition to these already stellar savings, once the cooler return water from the make-up air handler is brought to the low temperature return port of the boilers, it will enable the Benchmark Platinum’s Dual Returns to boost efficiencies by another 7%!

The school also looks forward to an additional 1-2% gain in seasonal efficiency due to Benchmark Platinum’s AERtrim and is thrilled to be able to see the health of its new system and how the units are performing via AERCO’s onAER Predictive Maintenance.