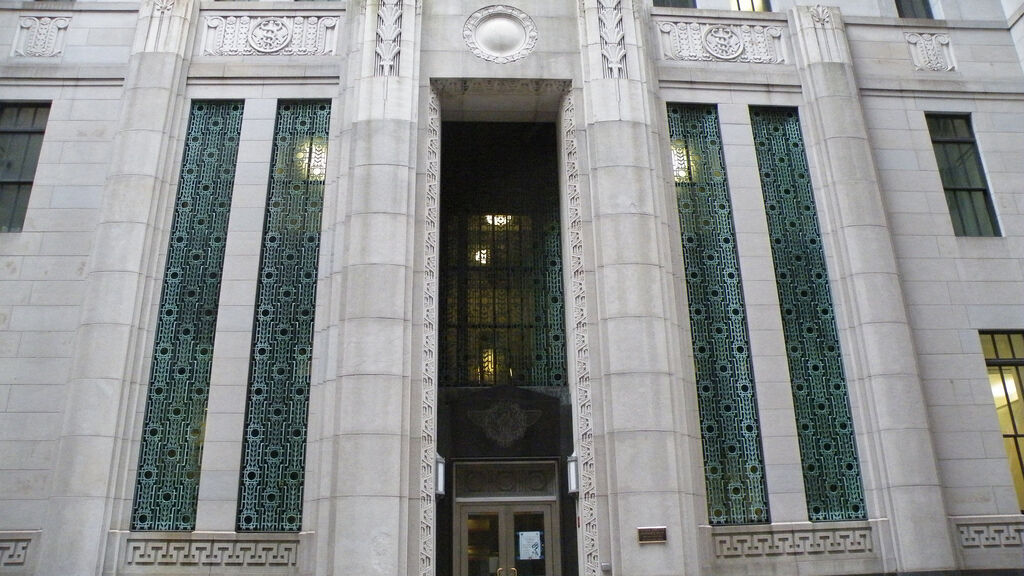 Built in downtown Boston in 1975, the McCormack Building has always relied upon the city’s district steam supply to provide space heat and domestic hot water. As it was initially designed, the government facility also depended upon two 1,200-ton steam-absorption chillers for cooling. However, rising energy costs during the ensuing 25 years, coupled with an office automation upsurge, culminated in a $6 million HVAC overhaul in 2003. Coordinated and implemented by the Massachusetts Bureau of State Office Buildings (BSOB), the 22-story building’s agency responsible for operating the state buildings, the new gas-fired heating plant and gas/electric hybrid approach to cooling promises to save the state approximately $530,000 annually in utility costs.

As part of an energy-saving program starting in the mid-1980s and continuing through the ‘90s, the original steam-absorption cooling system was abandoned in favor of electric centrifugal chillers. To compound matters, the computing revolution that has taken place over the last 20 years has increased demand on the building’s electrical system exponentially. Because of this increased electrical demand, just two of the three chillers were able to be utilized to cool the 660,000 sq. ft. facility. BSOB was forced to rely on a temporary electrical feed from a nearby building to run the third chiller.

The rising costs of both electricity and steam were turning the hybrid plant into an economic and logistical quagmire. In 2003, BSOB undertook a renovation that included replacing the chillers installed in the 1980s with new electric chillers, adding two new gas-fired absorption chillers and anchoring the entire heating loop with high-efficiency AERCO boilers. This combination plant provided redundancy for both the gas-fired and electric systems, giving the building the choice between either energy supply. The renovation project also enabled the McCormack building to utilize 134a, a more environmentally friendly, CFC-free refrigerant. Because of BSOB’s tight planning and project management, the building never lost a minute of production during the entire 11-month, $6 million renovation and upgrade.

“High-efficiency gas-fired equipment that would allow the state to take advantage of the less expensive gas utility rates was the best choice to power the heating system in the building,” said John Killelea, senior mechanical engineer for BSOB. “However, we were careful to look beyond the boilers – to maximize the energy efficiency of the total hydronic heating loop – when designing the system. Not only will it reduce long-term operating expenses for the building, this approach helped us contain the initial project costs as well.”

“We chose to anchor our heating plant with 13 AERCO 2.0 million BTU/hr. Benchmark boilers,” added Killelea. “Because the mechanical room was on the building’s 22nd floor, we wanted small units that could be moved easily through standard-size doorways and would be easy to pipe up and vent. However, the main reasons that we decided on the Benchmark was because of its great turndown and its ability to support systems designed with a significant hydronic loop temperature differential.”

Each floor of the building is pided into six zones of automation, with all HVAC equipment tied into a building energy management system to provide a coordinated response. Consequently, the boiler plant output must constantly fluctuate to satisfy the changing needs of inpidual area requirements.

The key to Benchmark’s efficiency is its 20:1 modulating design, which ensures an energy-efficient response to variations in building demand over the course of day and the course of the year. Rather than incur burner cycling losses and wasteful overshooting, each Benchmark boiler can run on as little as 100,000 BTU/hr. – or 5% input – precisely matching the boiler’s firing rate to actual building demand. To fully leverage their modulating capability, the 13 units function as a single system under AERCO’s Boiler Management System (BMS). This system regulates the inpidual units as a unified plant, providing them with precise firing instructions to ensure maximum efficiency at all times. The BMS also consistently rotates the lead boiler in the plant so that each unit receives approximately the same amount of work over the course of a season.

Heating loop designers employed a 30°F-40°F ∆T on the system and have configured the Benchmark boiler plant to maintain 180°F supply water with a 150°F-140°F return temperatures. “As we increased the temperature differential across the loop, the flow rate required to maintain the same energy output level dropped significantly,” said Jeff Rosen, mechanical pision manager of J.F. White Contracting Company. “Taking advantage of the ability to deliver the same energy at lower flows had tremendous positive impact on the economics of the system. Pumping capacity was reduced, allowing us to use smaller-size valves and pumps with less electrical draw to further ease the electrical burden on the building. The fact that we could use smaller-sized equipment also had a large impact on keeping within our construction budget.”

The ability of AERCO boilers to handle variable flow rates (even no-flow conditions) and their extremely low water-side pressure drop were extremely advantageous in this environment. With no risk of thermal shock, the condensing units were hooked right into the heating loop with no primary/secondary piping, pumping and mixing valves. This helped to make better use of the mechanical room’s space and further lowered material costs.

Although the current configuration doesn’t deliver return water below 135°F, which would capitalize on the Benchmark’s condensing capabilities to increase operating efficiency as much as 11%, engineers at the McCormack Building can easily take advantage of this option in the future. “We’ve only been running the units for one winter and are planning to lower temperatures in the future,” said Killelea. “The new system’s innovative design and our choice of robust, performance-proven equipment fulfill our governor’s directive to reduce operating costs by 10% and offer room to grow.”